If you’ve not been to an airsoft site before, there are a lot of rules and terminology which you’ll need to know. So we’ve put together this handy guide to cover most things you’ll encounter when you start playing. And if you’d like to watch rather than read, check out our free video course.

Every Site is Different

Every airsoft site is different, but there are some universal rules which will apply to the majority of sites you go to. Of course, these aren’t set in stone, so always make sure you pay close attention to the site briefing and ask any questions you may have because if you’re not sure, then most likely other people are also unsure too.

FPS refers to how fast the BB is travelling when it is fired from an airsoft gun. In order to use your gun it needs to be under this limit, making it ‘site legal‘. Sites may also use ‘Joule limits‘ instead. FPS limits vary country to country and sometimes site to site, so check your site’s limits before going and make sure your guns are within them. For this we highly recommend owning your own chronograph or ‘chrono’ so you can test your guns and make any changes needed before going to the site.

Joules is the more science-y way of saying energy. It’s calculated by using the BB weight and speed. A chronograph tells you the FPS along with the joules which is another reason why we recommend all players to own one. Much like FPS limits, joule limits vary from country to country and sometimes from site to site.

Here is an entertaining video of Chris trying to find the best MED:

Your MED is the minimum distance you can shoot someone. This usually applies to snipers and DMRs whose power limits are higher than all other guns on the field and is usually a minimum of 25-30m, but can also apply to everyone for shooting semi and full auto at about 10m. So if you’re on full auto and want to engage someone within 10m, drop down to semi and then shoot.

This is usually not allowed but can vary from site to site. If you’re playing inside, you’re usually going to be pretty close and you don’t need to put a load of rounds into someone for them to feel it. Btw, there is almost a legendary meme concerning Full auto in buildings. Check it out so that you’re in the loop:

Important Things to Do

Read the Rules and Listen to the Briefing

This is the most important part. Always listen to the site briefing and ask any questions you may have. This is when they tell you everything you need to know so make sure you pay attention (even if your friends are not).

If you don’t intend to shoot, have your safety on and don’t point it at people for fun as it could shoot by accident and cause an injury.

Always be reasonable and play fair. If someone gets angry, don’t meet them with anger as that will always just make the situation worse

Always call your hits, even if it’s just a light tap. Airsoft is a game of honour and the more honourable we play, the better games we’ll have

Remember it’s just a game and you’re all there to have fun. If you have a problem with another player, tell a marshal and go play elsewhere on the map.

A lot of the game modes you’ll play in airsoft you’ll be familiar with if you’ve played games like Call of Duty, Halo and other first-person shooter games. Common game modes include:

This is an all out battle to eliminate as many members of the opposite team as possible. Sometimes this game will have a time limit. Other times you’ll have a limit number of respawns and when you get everyone on the other team out, you win!

Both teams have a flag and it’s your job to capture the enemies and return it to your base. But beware, if they steal your flag, you can’t capture theirs until yours is back at your base!

Across the map there are capture points and you’ll get points for capturing holding them. Capture more and hold them longer than the other team and you win!

When the game starts it’s everyone versus a small team of infected players, but when they hit someone, instead of dying they become infected and join them. The game ends when all players are infected.

Focusing on the objective is ultimately how your team will win the game, but it’s also a great way to find enemy players to shoot.

When you start playing airsoft you’ve got a lot to think about, so it’s probably best to not be too concerned about completing objectives, but always playing towards them will help your team while giving you experience with your kit without overloading your thought processes.

Typical Skirmish: How it works

The majority of airsoft sites out there are ‘skirmish’ sites. They’re quite casual and run multiple games throughout the day. There are other types of sites you can go to including milsim, battlesim, filmsim, historic re-enactment etc, but when you’re starting out, skirmish sites are perfect for getting experience.

When you arrive at the site you’ll go straight into the safe zone. This is where no guns can be fired as it is the only place you are not required to wear eye protection. Even if you do not have a magazine in or have a barrel sock on your gun, do not fire it, even if it is just dry firing.

If you do want to shoot to test your gun, there will be a range nearby where you can do this. Or you may be able to walk on to the site to test it there. For both of these options you will need to wear eye protection.

The safety and game briefings usually happen in the safe zone. This is when the site tells you all of the safety information, site rules and game information which you need to know to have a safe and fun day of airsoft. Always pay attention, even if you have heard it before as some rules may have changed or other people who haven’t been before are trying to listen.

Once you’ve had your briefing and you’re heading out to the field, you will usually start in your Respawn. This is the area you will return to once you get hit and are out of the game. Sometimes there will be additional rules in play such as having to wait in respawn for an amount of time or waiting until there’s a certain amount of people there before you can go back in, so make sure you listen to the briefing so you know what the respawn rules are. There could also be a medic rule in use on the day which could prevent you from needing to use the respawn point entirely.

How Much does Airsoft Hurt?

For the most part, it’s not really painful, but there are a lot of factors involved. How far away the other person is, how powerful their gun is, what weight BBs they’re using, how many BBs hit you and where did they hit you all have an impact on how much you feel when you get hit.

Most people will always be a little hesitant to get shot when they go out to play for the first time as they don’t know what to expect, so once you get to the field, ask your friend to shoot you (nicely) so you can feel what it’s like.

If you’re concerned about it there are options. You can wear rubberised gloves to protect your fingers, thick clothes, hats with bump cap inserts, a plate carrier or a similar vest and we always recommend you to wear face protection to make sure your teeth are protected.

If you’ve played paintball before, airsoft is nowhere near as painful. And if you still have doubts, we have written a separate blog post on this topic:

These are all terms commonly used on the airsoft field, so it’s good to have a grasp of what they mean. And if you come across anything you’re unsure of, don’t be afraid to ask someone to explain it to you.

CQB describes airsoft sites or game zones where engagements are quite close and regularly within 5 – 10 meters.

Chrono is short for Chronograph and is a device used to test the power of your airsoft gun. All sites have limits and if your gun is over the limit, you will not be able to use it. When people say “it’s time for chrono” or “chrono is open” this means it’s time to take your gun to get chrono’d to check its site legal. Here is a video discussing this specific topic in further detail:

When you get hit, you’ll want to get back into the game. To do this, you respawn in and you usually do this at your respawn area. Often this will be where you started the game.

This rule is common in the USA and is used when you’re within 3m of the opponent. You can call BANG on them and they take it as a hit instead of shooting them up close. A gentleman’s move. Don’t argue about it.

This can vary from game to game. Instead of having to go back to your respawn when shot, another player on your team can ‘Medic’ you back in instead. This may include putting an armband on you to signify you’ve been revived by a medic. You may also be required to shout something like “back in” so enemy players know you’ve been revived.

This can vary from site to site. If your gun gets hit it can mean either you’re hit and need to go back to respawn OR you cannot use that gun anymore so have to drop down to your sidearm OR it doesn’t count as a hit. No matter which is in play it’s still etiquette to call out GUN HIT so your opponent knows you’ve acknowledged it.

This is where you get shot by your own team (which ironically is anything but friendly). When you’re in the moment it’s very difficult to determine if a hit is from a friendly or not so whenever you feel a hit you have to call it immediately. Even if it was friendly, you still need to go back out to respawn as you’ve called it. This is a pain, but is a part of the game.

Starting Airsoft 5: What to do after your first game? 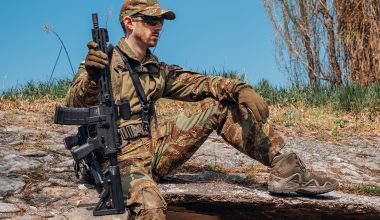 Read More
HHow to Start Airsoft
For a vast majority of cases, the best beginner setup has to be as universal as possible. For… 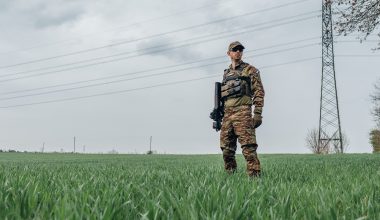 Read More
HHow to Start Airsoft
In the eighth part of our Starting Airsoft series, we address the best ways to ensure a smooth,… 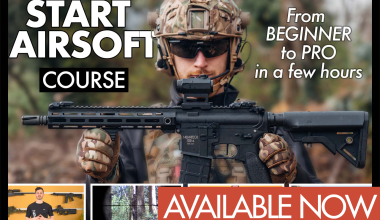 Read More
HHow to Start Airsoft
This free video course will walk you through the first steps of an airsoft journey. We tried to… 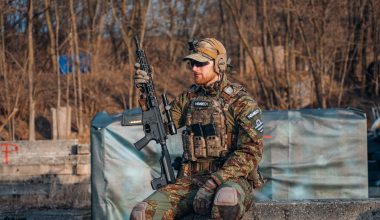 Read More
HHow to Start Airsoft
In the second part of our Starting Airsoft series, let us briefly check out the process of finding… 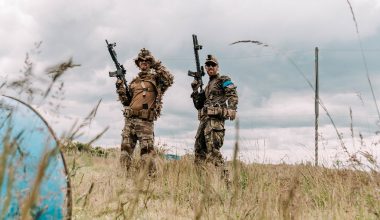 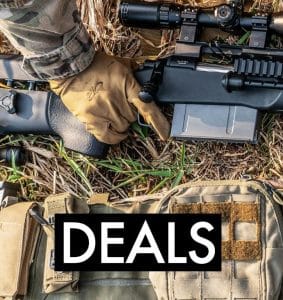